Who is Ruth Best

I have written several blog post on the topic of “relatives living with family members who have different last names.” I have also written about the importance of gathering the records of all the branches, so that you will not miss important clues about the family history and so you will be able to identify all the relatives who are on the census records.

I also wrote a blog post about a mystery child found living with the Williams family: “Who is Sylvia Gard“, well today I came across this new mystery child “Ruth Best“.

Maybe you, “the reader” will be able to help me solve the mystery of who she is, where she came from and where she went after 1915?

I am working on a tree for a FaceBook friend (Diane), who posted a query about the grave of her relative, a Joseph L Benson.

I created a tree to help me gather clues and see if I could find his grave. Well, we did find it, just where Diane thought it would be and having found it, I was going to move on to other trees. But, Diane had made a comment in the string of comments: “We are curious to know what he did the last twenty years of his life and who was in it.” and so I continued to work on the tree gathering records of marriages, census and city directories to see if I could piece together a life story for Joseph L.

Joseph L Benson was also known as Joseph L Bernstein (the WWII draft card has that name on it, and we can confirm it because it has the same address as on city directories we found). 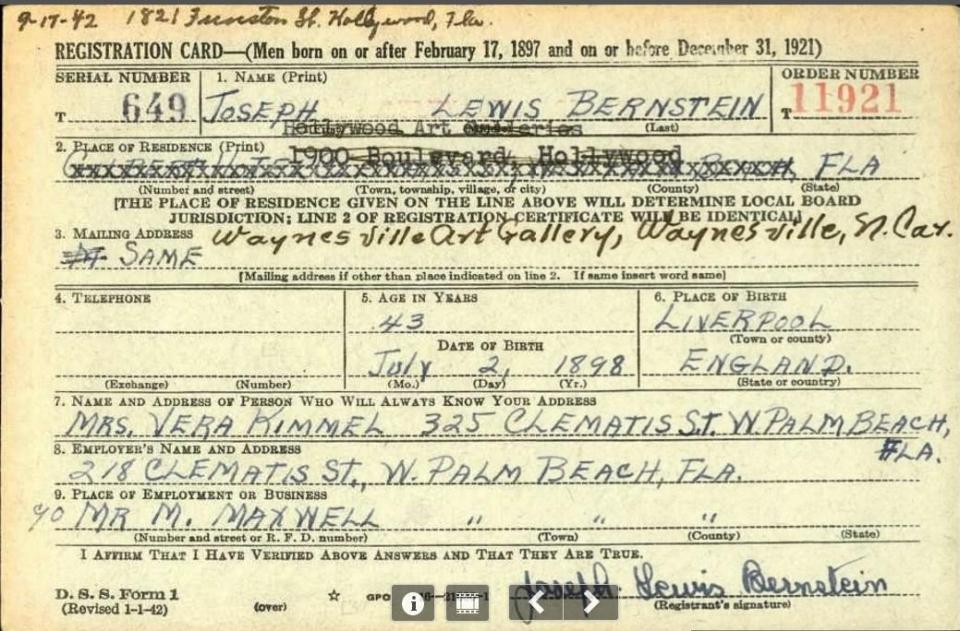 We can confirm the address shown on top left of draft card: 1821 Funston St, with this city directory: 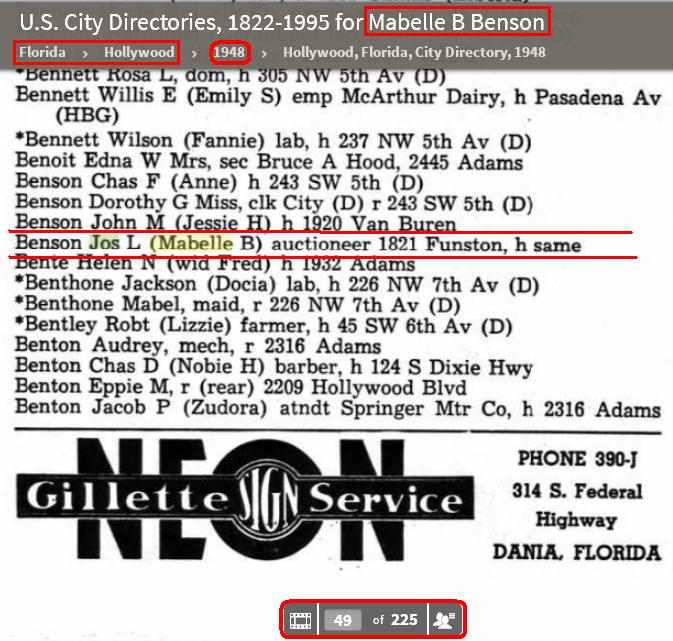 and we also have this naturalization document that states he goes by both names. 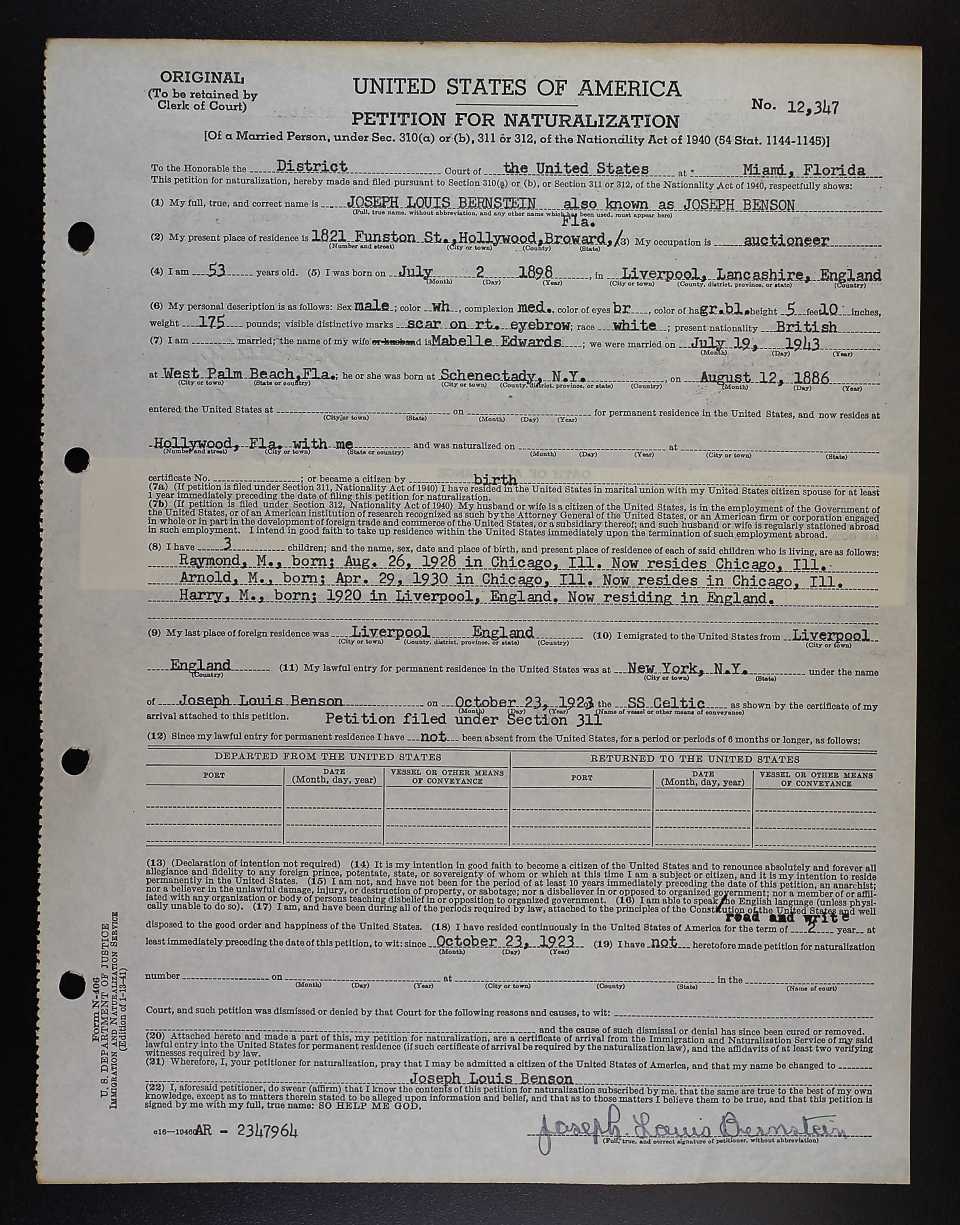 Joseph L Bernstein (Benson) was married several times; one of his marriages was to a Mabelle (Edwards) Barhydt. 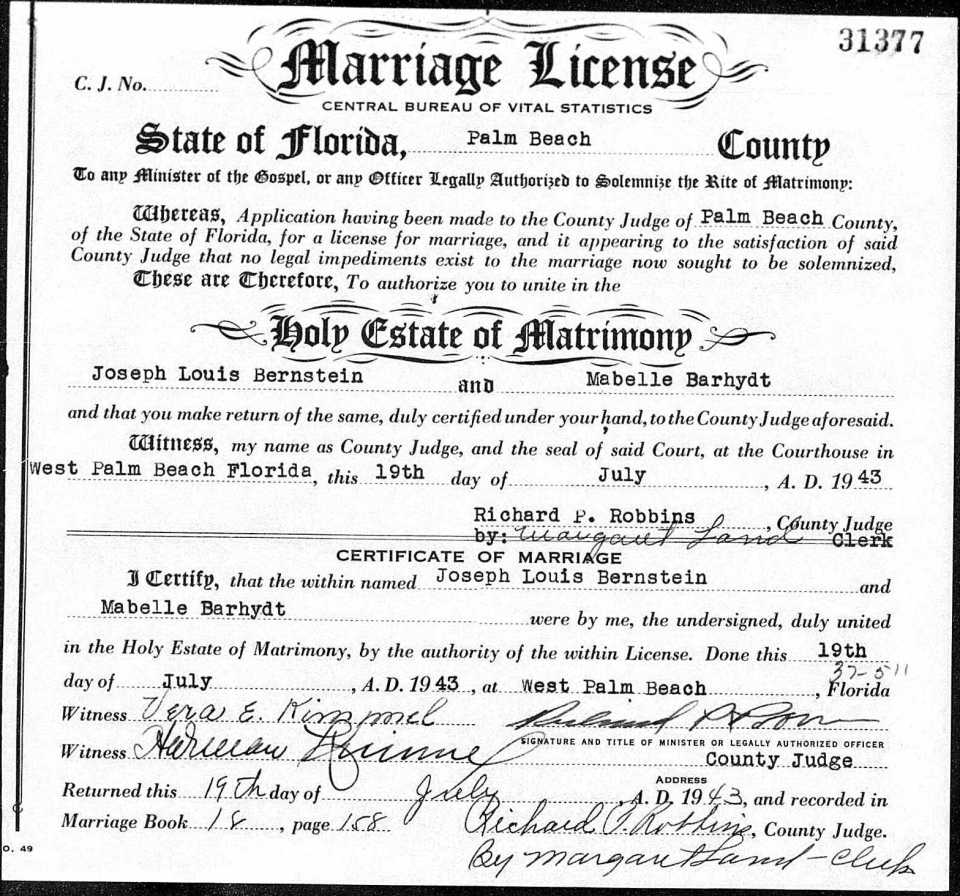 I thought I would follow Mabelle to see if she could give me clues about the life of Joseph L. In researching Mabelle’s life I came across the 1915 New York census and on there I came across Ruth Best.

In the record of marriage between Mabelle Edwards and a Charles Barhydt it states that this is her second marriage but it does not list her first husband’s name. 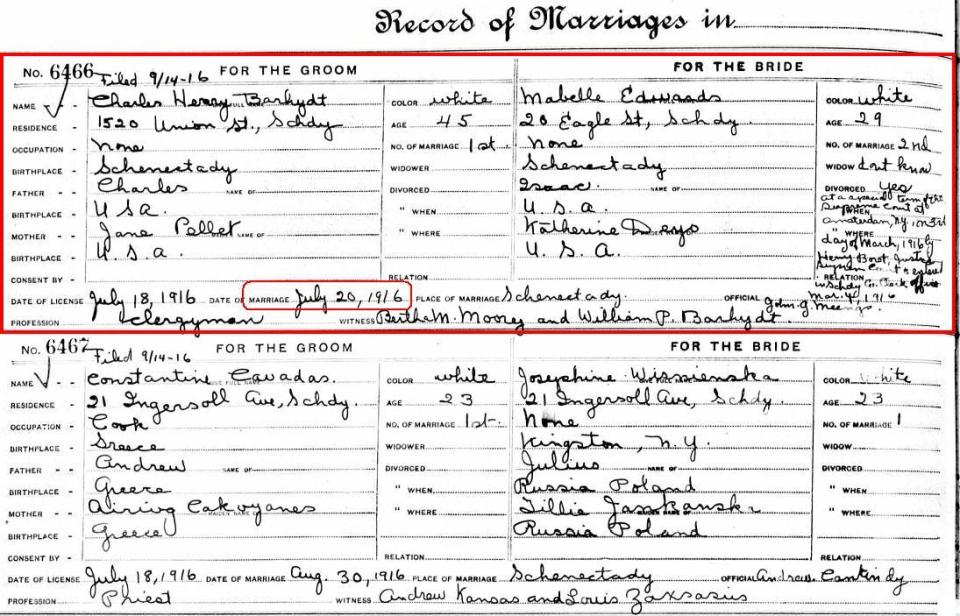 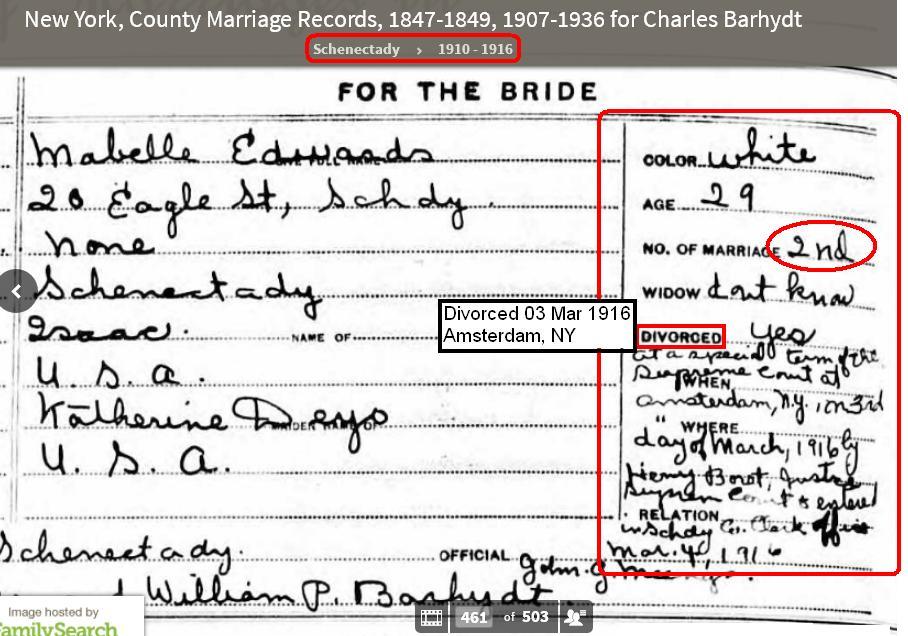 Question: could that first husband be a Mr. Best?

I have not seen Ruth Best on any other records dealing with the Edwards, Barhydt’s, Bernstein’s or Benson’s, so who is she and where did she go?

I will update this blog post as I find more new clues about Ruth Best.

I hope this blog post will give you some new ideas for your family tree research.