Georgia on My Mind

In August of 2012 I found a political ad in a 1988 Georgia newspaper and from that simple ad I was able to find more items for the person. The person was a sheriff of the county and had been in office for many years so there were lots of stories about him. He had many re-election campaigns over the years so there were lots of re-election ads in the various newspapers. I created a tree using all that information, and I was sure I would have no trouble finding a family tree for such a note worthy person.

I did not find any trees for him but I did find some obits for other people in other branches of the tree. He had lots of official documents which contained lots of names so that I was able to build a good size tree, but still no hint for a family tree. I gave up looking for his family trees and moved on to other things.

A couple of days ago (Feb 2013) I was cleaning up my “NO LUCK” file and came across a file for Robert Ewell Blackstock which didn’t ring any bells.

The file did not contain any Google News Archive links to newspapers but it did have an Obituary from a newspaper, but I had no idea where it came from? I did a search on Ancestry.com for Robert Ewell Blackstock and came up with three trees. I looked in the first and there were no new clues. I opened the second and it was a tree I had created and there was Robert and a whole bunch of other people but none seemed familiar to me.

There were lots of people on the tree so I started digging around; bring up the profile pages and reading the info. It was not until way down the line that I came across Pat Baker and then it all came back to me.

I went back to my “NO LUCK” folder and found a file for Pat Baker and in it was the newspaper ad from Google News Archive which was the item that prompted me to start the tree. 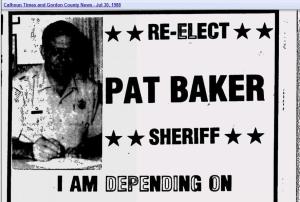 Since I had the file in hand and I had the tree open I figured I would look around to see if there were any new hints for family trees. I didn’t see any but I did see some other hints and started working with those. As I plugged in the new hints more hints came up and finally I started getting family trees which were on Pat’s branch; HIS FAMILY.

I found over a dozen family tree owners, to whom I sent the item and info that I had collected. Most of the tree owners were not from his branch but from several layers and people over from him. It was hard to place him on any tree as his name was never on a tree, but his brother Fred Horton Baker was and Fred’s obit mentioned a brother named Pat and from there on all the doors opened up and I got to the dozen trees I mentioned. I cannot say for sure which one hint was the key that opened the doors, because when I find a key everything moves so fast and I don’t stop to record it. All I know is that after months of sitting in a folder the re-elect Pat ad now has a home, and all because I wanted to clean up the “NO LUCK” folder. 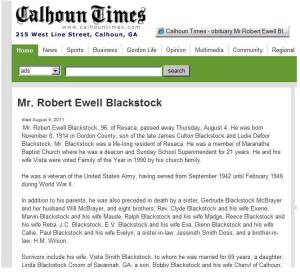 It was an interesting search and I was able to find lots of Obituaries and marriages for people on the tree which the original owners (the relatives) did not have on their trees.

I also found some new web sites which I hope will help tree owners with their searches. These seem to be a good resource for information. The links to the actual web site follows the screen prints shown here. 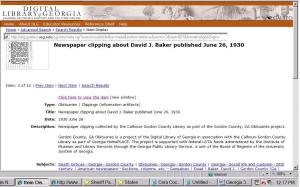 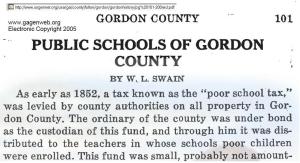 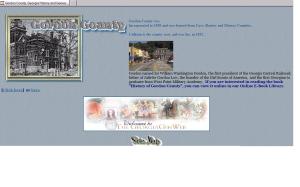 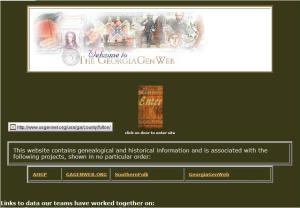 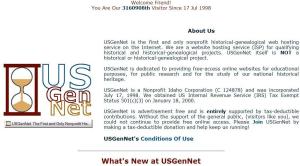 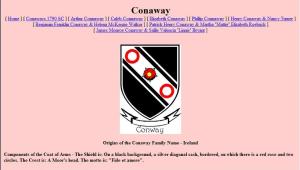 Here are the web site links:

For those of you who are on Ancestry.com here is my tree that I created.
Link:
http://trees.ancestry.com/tree/45420140/family
Name: Sheriff Pat Baker Family Tree

I hope this information is useful to you.

To View the Original item,
Select Calhoun Times and Gordon County News in box below:
Item is on: Page 8

2 thoughts on “Georgia on My Mind”