In the early morning of Saturday, April 13, 1918 a fire broke out at the State Hospital in Norman, Oklahoma.

When the fire finally consumed the structures and the fire was out, the bodies of 40 people were found.

One was identified but the 39 others were placed in wooden boxes and interred in a mass grave.

In 1918, a family member who was placed in a mental hospital was usually dead to the family and he/she was never talked about. So the 39 bodies of all boys or men were placed in the common grave and forgotten. Not even a marker was placed over the grave.

It took 96 years until the grave was finally found and a proper burial and memorial was erected in 2014 for those 39 souls.

I was doing some research for a Greenwalt family member and came across a “Claud Greenwalt” in the Find A Grave web site. 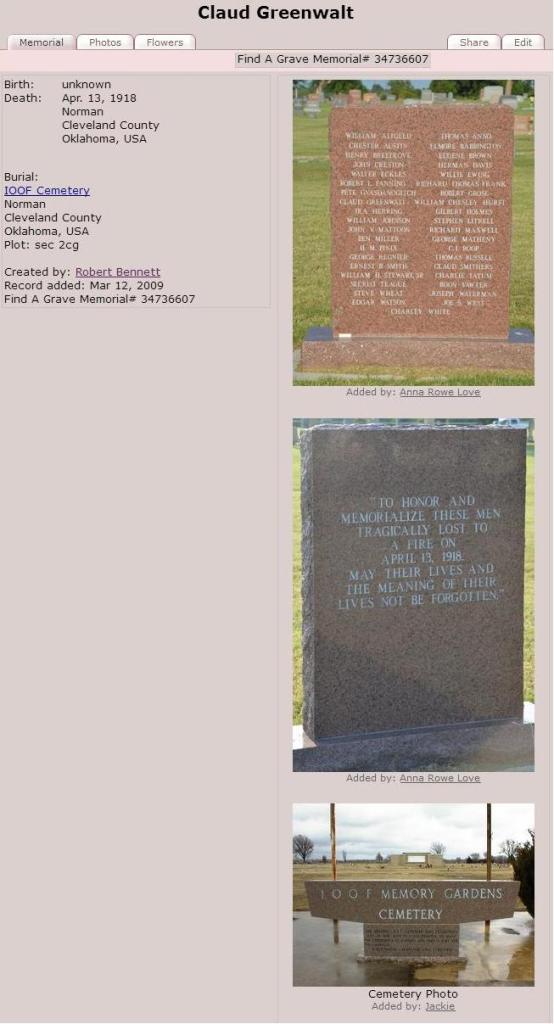 I forgot about Claud and now just wanted to learn more about the fire and the names on the marble slab.

I found many quick references to the fire in history web sites but none that had an orderly list of the names on the memorial slab.

The memorial slab lists the names but they are not in a smooth alphabetical order that members of the family can easily find. 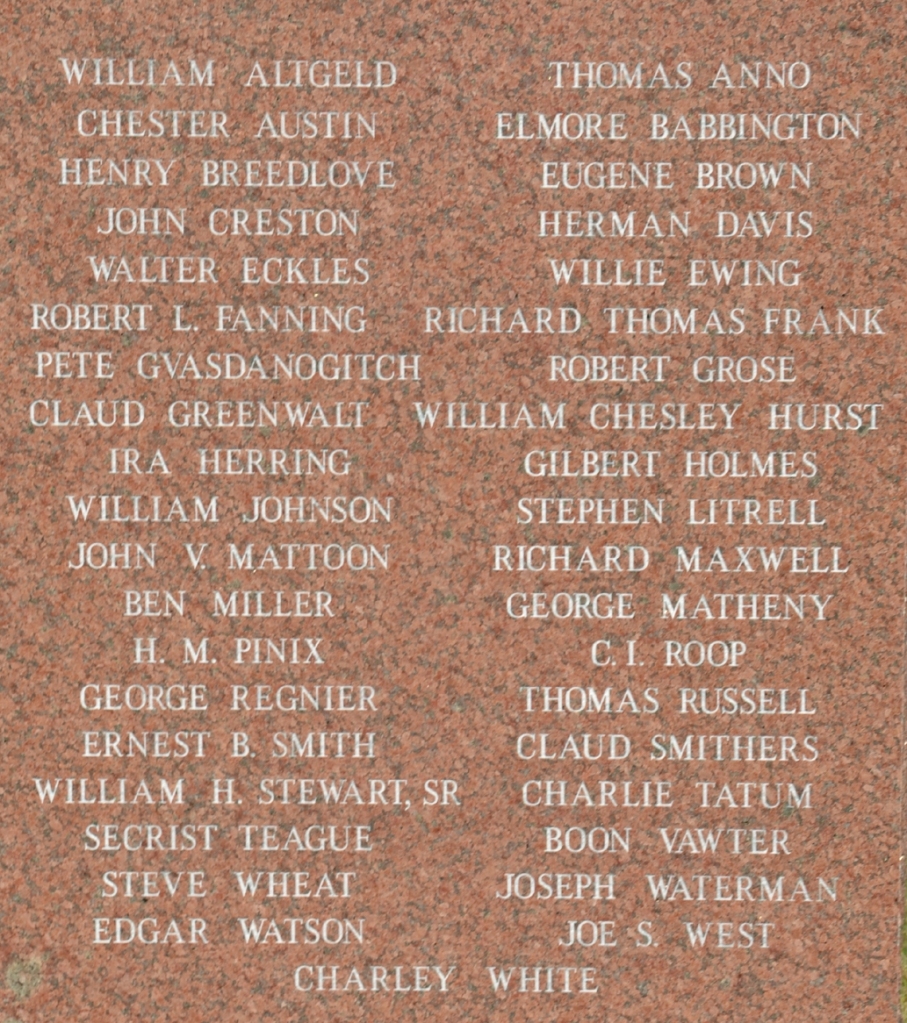 I decided to create a list so that family members would be able to identify their relatives. I wanted the names to be captured in search requests and the slab does not do that for the family.

I hope this list will help you find that illusive relative that is mentioned in records but then just vanishes… maybe he will be found on this list.

The graves of 39 state mental patients who were killed in a tragic 1918 fire will finally be marked.