I was working on an 1895 Boston newspaper (Boston Evening  Transcript) where there was an ongoing column used for public questions and answers; “The Message Board of the 1890’s”.

There is a very good history of the column in:
Access The Boston Transcript

One of the questions (queries) concerned the game “Break the Pope’s Neck”.

I went on line to see if there was any other mention of the game and I found the following entry in: Digital History 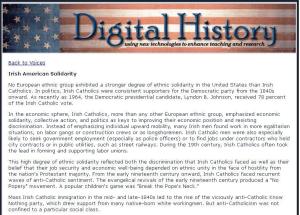 “…This high degree of ethnic solidarity reflected both the  discrimination that Irish Catholics faced as well as their belief that their job security and economic well-being depended on  ethnic unity in the face of hostility from the nation’s Protestant majority. From the early nineteenth century onward,  Irish Catholics faced recurrent waves of anti-Catholic sentiment.  The evangelical revivals of the early nineteenth century produced a “No Popery” movement. A popular children’s game was “Break the  Pope’s Neck”. …”

Do you know how the game was played?

Let us know if you do.