A picture can be your confirmation

Back in 2012 I found an obituary in an Arkansas newspaper which contained a lithograph portrait of William L Walker. I did not know how to capture a screen print back then so I did not include that lithograph portrait on the tree that I created for him. Using the little information I had, I found a family tree but there was not enough verifiable data to make a perfect match; Verify the Obit person, to the person on the tree. I sent out a message to the owner of the tree saying I was not sure if this Obit for William was the same William that was on their tree. I put the file in my “NO LUCK” folder and forgot about it until yesterday when I came across it again.

I was reviewing some old files and brought up the file and the tree for William L Walker.
I brought up the newspaper which contained the Obituary using the link which was in the message to the tree owner of the Dewey Family Tree 2. 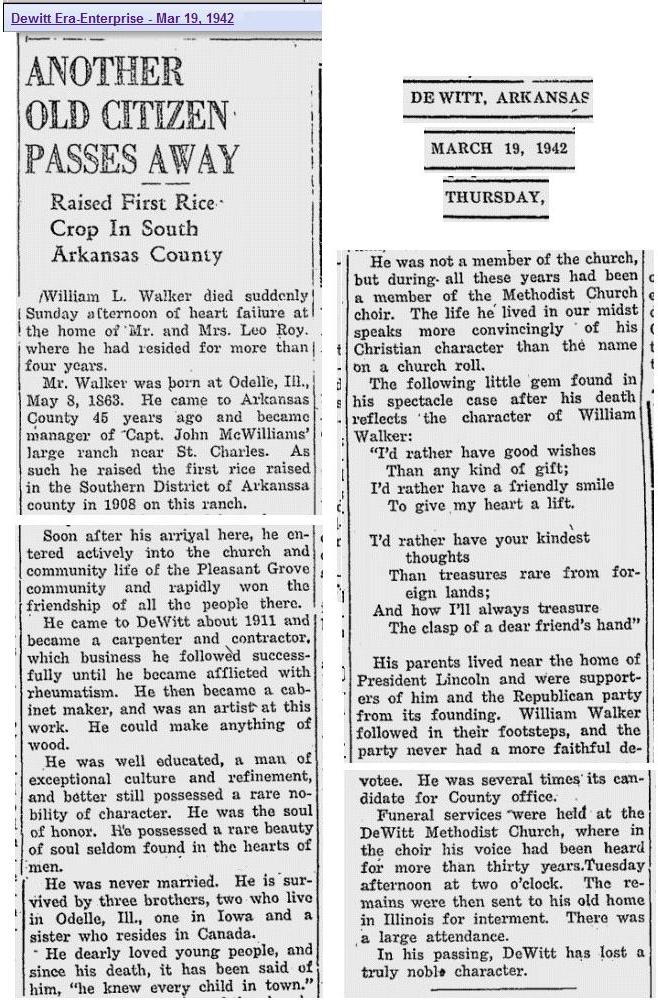 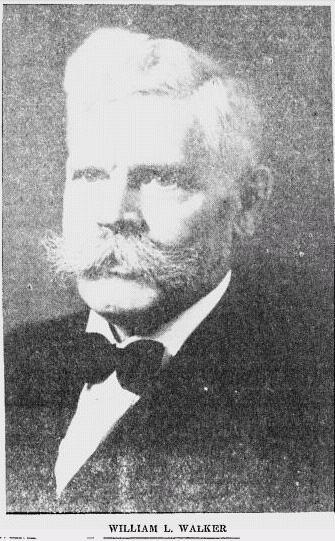 Since I now know how to make a screen print Clip It ! – How to do a screen print I captured the lithograph portrait of William and put it on the tree.

I once again looked at hints that were on the tree to see if any new hints had come up since I had worked on it several months ago. There were now eight family trees in the hints but again they did not have any verifiable data which confirmed that the William in the Obit was the same person as on the trees. I was ready to give up when I noticed that there was a new tree from the same owner as the initial family tree; Owner: lyndewcol.

There is little doubt now that the Obit is for the same person on the Dewey Family Tree 2.

With this new confirmation I went ahead and sent out the Obit message to the eight trees telling them that I had found an Obit and I could prove that the person in the Obit was the same one as on the tree.

Not only that but I was able to get another picture off of the Bowers Family Tree.

I guess the two things you can take away from this posting are: 1. Never give up and 2. a picture can be your confirmation.

To View the Original item,
Select Dewitt Era-Enterprise in box below.

One thought on “A picture can be your confirmation”